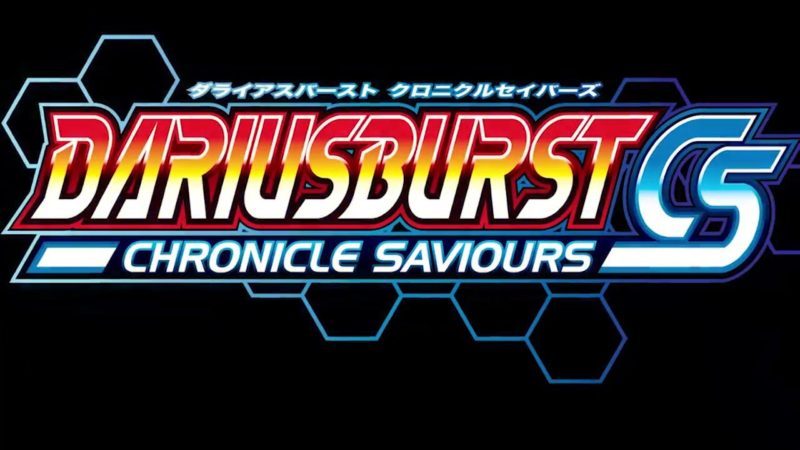 This guide will walk you through each and every Original Mode boss.

This one is pretty easy. For this battle, I don’t really have a recommendation.

The battle starts with Iron Fossil coming up to you face-first. Since it isn’t using the missiles yet, I suggest going above him and trying to get rid of the top fin. If you have Gaiden, you can just fire a bomb and alot of the scales will go away along with the fins. After a while, Iron Fossil will turn back and show its back fin. They then go to fire a Burst Beam. You could go for a counter, but my strategy is to make the back fin go down a bit. Once you see the bubbles, go back up a bit and once it fires the beam fire your own burst, only not directed at its burst. Iron Fossil will then turn again, only this time it is firing missiles. My strategy is to draw the missiles up or down and then fly away. Repeat and Iron Fossil should soon fall.

This one starts off by coming into action and then charging at you. Now is a great time to wear down the cannons with your Burst. Unless you have Origin or Second. In that case, just huddle under its teeth and fire at the turrets there. After charging, Hard Wheel will start to fall down, giving you an even greater opportunity to fire at the turrets. It then floats back up firing alot of projectiles at you. You can either dodge them or protect yourself with the Burst. Even more, and then it uses its Burst. After that, it repeats the cycle, although by the time the second attack has been used again, Hard Wheel should be doneskies.

I feel like this one is a bit out of place. I also haven’t tried this one out in a while. Just try to get rid of the fins, but don’t go for the pointy thing on top of Hyper Jaw’s head. If they fire a ton of projectiles at you, just fly above or below. That’s really all I have to say.

So at the start, just spam Burst until one of the turrets explodes. Then you can get a bit more aggressive. When Lightning Flamberge comes out of its normal position and just sits there at the bottom of the screen, try to get some hits in. Basically just attack him as long as he’s not ramming you or firing a massive laser.

Most of Ancient Barrage is kinda easy, so I’ll just list a couple of the more confusing ones.

When Ancient Barrage goes to one side of the screen, turns 180 degrees and puts up a shield, go to the very bottom of that shield and just sit there until it goes away. If you want to, you can flip. If you’re using Gaiden, I believe the shield doesn’t block Black Hole Bombs, so you can use those.

When Ancient Barrage does the same thing as before but always on the right and there’s no shield, go above the first two bouts of lasers and then go down below the third bout.

So for this one you’ll want to get up close at the start to destroy alot of the parts but then after a while you may wanna back off. Just avoid the lasers and try to destroy everything. Once everything falls off try to get up close with the Spin(fish)and maybe confuse the Homing Lasers. Tank some hits if you can. After a cycle or two, the spin should be destroyed.

At first, try to get rid of the glass protecting the cockpit. After some time, the Stare will go to the other side of the arena and flip over showing its turrets. If you have Gaiden, use a Black Hole Bomb here. Next up, it should go to the middle and start spinning around. This causes madness. Make sure to destroy the turrets as quickly as possible. Next up, the Stare will cloak and its now glowing eyes will float around shooting rings of bullets everywhere. I’m not sure if hurting the eyes does anything. After a while, they come back and the cycle should repeat itself.

VR will start by dancing around on all [value1]s. It should then show its belly and then proceed to bob its head up and down, firing missiles and some spinny things. After this, it will go back to its original state. It will then float to the bottom of the screen and swim back and forth for a bit. Make sure to stay between the bouts of lasers. After a few laps, it returns to its head-bobbing position, only this time it doesn’t bob its head. Instead, it will spin around firing lasers about below its head. Go to the bottom for the first three and then fly up as high as you can for the rest. It will then go to its original position, turn over a bit so that it looks like we’re inspecting its shell at a Bird’s Eye View and then it’ll wave its antennae back and forth, showing off an electric effect. Note that no matter how hard it lunges, you’ll still be the safest at the leftmost edge of the screen. After this, VR will do some of the earlier attacks before looping.

Survive legit for the first couple of attacks and then go behind it. That’s basically all there is to it.

So this one starts by firing a bunch of lasers at you. It occasionally swims around. After a while, it goes into the background and makes a bunch of piranhas chase you. It comes back and there should be a square block of piranhas waiting for you. That also happens anytime. Again and when it comes back it fires slightly more challenging lasers at you. Just keep shooting it and it should die quickly.

Dark Helios will basically swim around the screen trapping you in a ball of sorts that just so happens to be Dark Helios. Fire your burst to get rid of its body parts quickly. After taking enough damage Dark Helios will transform into Syvalion. Dark Helios is actually easier to beat in Syvalion form. Just make sure not to get trapped in a ball.

I don’t have enough muscle memory to write my own section, so I’ll just quote the wiki:

“When Great Thing enters the screen, it will be facing the player and begin using its main attack pattern, which will be repeated in parts of the fight. This consists of a pair of 3-way aimed spreads of red bullets and multiple homing arrow drones. After a while, it will move downwards until its top half is completely visible, and start firing 4 purple homing lasers out its top while one set of cannons fires twin orange beams. Midway through this pattern, the side horn will fire a non-Burst purple laser, then continue.

Next, Great Thing pulls back and reappears facing the screen, with its right flank facing the player. 3 top cannons will flip down. The first and third fire pairs of orange lasers, while the centre one fires bursts of 3 pairs of cube shots which turn into aimed grey shots when destroyed. Simultaneously, purple homing lasers will come out of Great Thing’s top and the horn will fire 5 arrow drones every couple seconds. After a while, the boss will tilt downwards and charge a non-Burst purple laser which fires upwards, then continue with this pattern.

When Great Thing reappears, it will stay for a while, then pull off into the background, leaving 3 of its minions in a vertical column and a spread of yellow orbs downwards. Each minion attacks in this manner:

When Great Thing returns, it will resume its regular attack pattern, then pull off into the background, letting its entire left flank face you. These cannons will fire orange lasers and cube shots. After a while, the three cannons on its tail will charge and fire three non-Burst purple beams which sweep the left and top half of the screen. Midway through the beams, the minions will be summoned again, and Great Thing will leave.

When it returns, it will start its regular attack pattern again, but with a twist – the drill missiles are back! This time, they do not explode into small shots when destroyed, but instead leave behind a small, damaging explosion. However, not destroying them creates a large, long lasting explosion when they detonate. Use your Burst beam to handle these missiles before they eat your onscreen real estate.

After this, Great Thing returns, but with its top facing the screen. The two horns will continue spamming arrow drones, while the two side cannons send out pairs of orange lasers. however, the greatest threat is from the pink homing lasers, which are fired up and down alternately before they home in to you.

Finally, Great Thing fires purple lasers from its two horns to trap you. Next, it will do the exact same thing, but with one critical difference – the central cannon has popped up and is charging with red energy! By this time, you should know what to do if you can do it – pull out your Burst Beam and counter.

This should put Great Thing out of its misery, rewarding you with an ending for all your hard work.”

Just another reminder that this comes from the wiki.

You destroyed the ship, but now your ship is damaged beyond repair and you have to land on Darius by ejecting yourself from the ship with an Escape Pod.

It’s a simulation, and you have to clear an entire sector on your own now.

It LOOKS like you have to destroy an entire fleet on your own, but suddenly a bunch of yellow guys fly in and save the day.

It’s the Curious Chandelier ending from Darius Gaiden again. Basically, you destroyed all the enemies, but now Darius has exploded.

The Belsar are sleeping now because you literally blew up their leader.