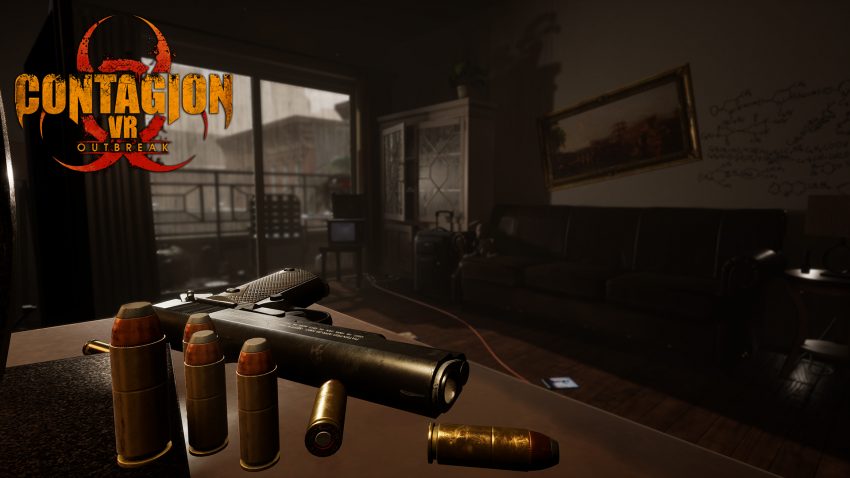 Note: Don’t read any further if you hate spoilers.

Basic premise: So basically, Resident Evil 1. Except this time you have no guns or weapons to kill the zombie(s) with. The only way out (ignoring the many other ground floor windows and doors) is the front door in the entrance hall, which can only be opened by obtaining 4 medallions which each have their own unique puzzles. The four medallions are; Knight, Jester, King and one that i think means Preist. Upon slotting each medallion in the door will open and freedom is yours, the four sections below are how to obtain each medallion.

Medallion 1 (Knight): After the intro sequence, head into the ground floor kitchen. On the table will be a Lighter, take it. Go into the basment and find the door with the keypad. Hit buttons on the keypad till you have lit up all the buttons and the door opens (yes its one of those puzzles), inside there will be a boiler marked ‘water heater’. Open the door and light up a fire with the Lighter. Now go back upstairs to the courtyard and pick up the bucket. Empty the bucket, go to any bathroom or kitchen in the house and use the tap to fill the bucket up with (now hot) water. Then go back out to the courtyard and pour the water over the frozen birdbath containing the medallion (you may have to do this twice to get access to the medallion). The bucket and zippo lighter can now be disposed of, you won’t need them again.

Medallion 2 (Jester): In a side room on a staircase leading to the attic, first floor (one above ground) there will be a chest. Open the chest and you will find a metal component (very funny shape, you will know it when you see it) (Also, I may be giving the co-ordinates the wrong chest. If its not there then look in the other chests around the house, it’ll be in one of them). Go to the library and place the metal component in the globe found in the middle of the room. Rotate the globe, both on the X and Y axis. The clicks are supposed to mean something, but in all honesty i just kept rotating it until a compartment in the globe sprung open and gives the center puzzle part. Up on the library balcony, all the way at the end, is the wheel puzzle you plug the part into. However, you still need an three animal emblem code to complete the puzzle. This code can be found in the side rooms on the ground floor connected to the main hall, above the unlit fireplace are three sheilds baring animal emblems. Putting that code into the wheel reveals a hidden room entrance to the right of the wheel, on the bedside dresser in that room is the jester medallion.

Medallion 3 (King): In a side room on a staircase leading to the attic, first floor (one above ground), upon the table there will be a kids drawing. Take this to the attic, find the piano and play the coloured piano keys in accordance to the colours of the characters in the drawing. Upon doing so a secret passage opens nearby, inside there is a UV flashlight. However, removing the flashlight releases the pressure pad and shuts the door. In order to leave, you must leave an item or two behind (in most cases 2 items as the pressure pad is a bit on the unreliable side, my personal pick is to just use pain pills). With the UV flashlight, follow the footstep trail down to the dining room where you will read a message (the Secret iNgredient to my sAuce is undiluted CracK). The capital letters spell out ‘SNACK’. Go down to the basment, find the cobwebs. Use the Slingshot (found in bedroom at start, ammo is in crates around map) to knock down the lantern up to the right of the cobwebs (a couple try’s may be neccesary). Once done, the chest inside requires the code (snack) to open (Fiddling may be required as the code dials can be rather specific with what position they have to be in). Inside is alot of gold, but also the kings medallion.

Medallion 4 (Preist): In the boiler room, where the ‘water heater’ is, there is an old key on a trolley right infront of you as you walk in the room. This key opens the master bedroom on the first floor (one above ground). While there are three doors to the master bedroom, the key only works on one of them (the grand one in the main hall) but will unlock all three when used. Inside, the corpse of the father can be found clutching a very large emerald, taking it but be aware the father will get up and start roaming as a zombie when you do. Next go to the side rooms on the ground floor of the main hall, in the room with the unlit fire there will be a compass on the table. The compass points to four different coloured clocks in the main hall and gives each clock a number 1-4. Each of the clocks have the hour hand stuck at a different hour. This will give you a four digit key code, where the 1-4 on the compass is which order the numbers are in and the hour the hour hands are pointing to are the numbers themselves. (There is no red clock and there is no purple on the compass however, so to clarify, the red digit on the compass IS supposed to be the purple clock). With the code, go into the library and use it to unlock the padlock on the ladder by the stairs (Fiddling may be required as the code dials can be rather specific with what position they have to be in). Bring the ladder on to the other end of the bookself and climb so you can take the second emerald bar from the staff of the statue. Now place each emeralds into holders on the knights swords in the main hall, either side of the stairs. Doing so will cause the Preist emblem to drop from the top of the painting at where the stairs split to the floor, where it can then be retreived.
Written by Exavior 3.1