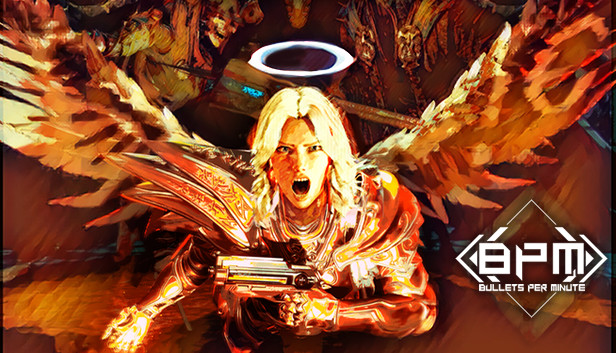 Most of the achievements in BPM are straightforward, but I thought it might help to list some tips and tricks for the harder ones and explain how to get them.

Defeated Nidhogg
Defeat Nidhogg on any difficult with any Valkyrie.

Göll – Of War
Complete the game on hard as Göll.

Göll is your basic starting character. Use your time playing her to learn items, enemy attack patterns, etc. Her secondary ability is a fireball that deals damage over time to whoever it hits. It can be really useful against shield enemies, or enemies with weak points on their back.

Freyr – Ruler of Peace
Complete the game on hard as Freyr.

Freyr is the second character you will unlock. He starts with a great magnum, but 150 shield health. The easiest way to get around this is to get a shield converter, which will instantly convert all shield health into permanent health. It’s possible to get this on the first floor in Huggin’s shop for 7 coins. His secondary ability is block, which can help you maintain your early shield health.

Hildr – Of Battle
Complete the game on hard as Hildr.
READ:  BPM: BULLETS PER MINUTE All Weapons Guide

Hildr is the third character. She starts with 50 regular health, 25 shield, 5 speed, a key, and the four clip shotgun pistol. I prioritized getting more health with her as soon as possible, but I don’t feel like there’s a key strategy you need to win with her. Her secondary ability is the same fireball as Göll.

Njord – Ruler of the Sea
Complete the game on hard as Njord.

Njord is the fourth character, who starts with 50 health and his unique magic weapon. You can’t change his weapon at any point, so I prioritized getting my stats up as quickly as possible with him. Items that synergize well with Njord would be Quarternote (double shots), Face of Death (double damage), and Giant Slayer’s Boots (% damage) for bosses.

Njord’s secondary ability is Valkyrie’s Veil, which gives you a free hit after killing a few enemies. This can massively help with your survivability!

Odr – The Frenzy
Complete the game on hard as Odr.

Odr is the final character you will unlock. He starts with unlimited flight, but dies in one hit and has the double barrel shotgun for his starting weapon. I would argue that the double barrel is the worst starting weapon, especially on Odr, as its base range is tiny. I would recommend prioritizing getting a new weapon for this reason. The longer the range, the better, as you’ll be able to hit enemies from higher up.

Odr massively benefits from getting the Valkyrie’s Veil ability for survivability, or the Lion Heart item for one free hit. Otherwise, your main form of defense is using your flight as effectively as possible. If you prioritize killing enemies with ranged attacks early you can trivialize a lot of rooms and bosses by constantly staying in the air. Make sure you’re using your flight to ensure that you search every room for high up secrets. If you’re lucky, this will be a great way to rack up early stats.

My final tip for Odr is to only play him on hard. Odr will always be a difficult character, with or without his teleport secondary ability.

Mastery
Completed the game on hard with every Valkyrie.See each character’s section for individual tips.

Multiplier
Get a score of over 700,000.This achievement will pop the second you get a score of 700,000. There are two main factors to consider when going for a high score:

Here are a few things I found useful when going for high scores:

Due to these two tips, I’d recommend going for high scores on Njord once you’ve beaten the game on easy with him.

That’s all we are sharing today in BPM: BULLETS PER MINUTE 100% Achievement Guide, if there are anything you want to add please feel free to leave a comment below and we’ll see you soon.