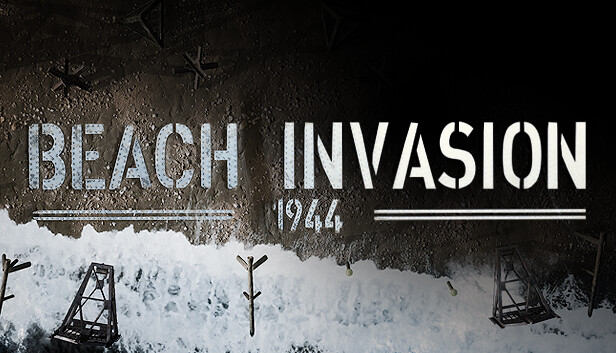 For Beach Invasion 1944 players, this guide is a Wehrmacht Defense Handbook, which will provide you a better experience, let’s check it out.

“Despite our Soldaten’s superiority, I feel that it is necessary to provide the men with some final words of advice and encouragement, as well as going over our plans and methods of defense provided in our handbooks.”

As you are well aware soldaten, the enemy is commencing an invasion the likes of which has not yet been seen in history. But fear not! for the might of weapons and the will of the German peoples, we will prevail! However, since most of you are from … *Ahem*… foreign lands , I felt it necessary to remind you all of the information provided in the Defense Manual.

Due to the suprise and voracity of the initial bombardment, most of our field emplacements will be inoperable for some time. Despite this, I feel the initial waves will be no match for our MG08s, which will easily cut down the enemy as they did in the Fields of Verdun. Now, the Workshop Company from the nearby Panzer Divisions should be able to quickly and efficiently return our emplacements to full strength. I feel if we only have enough to repair one or two emplacements, I highly recommend repairing our Flak 88s as soon as possible. More specifically, I recommend the Flak 88s in sections eines [1] und acht [8]. Your top priority should be to have all weapon platforms operational as quickly as possible. As the Americans say, “A chain is no stronger than its weakest link”.

Now that we have the initial defense plans, it is now time to get to the basics. I understand most of you have come from other fronts and have ample experience in combat. However, I feel it is necessary to remind you all of the notes that Generalfeldmarschall Rommel gave you all before his departure back to the Fatherland.

Most of our emplacements dispense ordnance with extreme muzzle velocity; meaning that most of you shots will be able to land true by focusing on the enemy boats and vehicles. I will recommend however, that you try to focus on the front of the boat or vehicle, especially if they are moving perpendicular to the weapon emplacement. When attempting to attack the boats on their initial approach from their main vessels, it is recommended you aim the reticle slightly higher on the Flak 88s. It would be ill advised to attempt to knock out their boats from a distance using the PanzerTurm, due to their lower muzzle velocity and smaller caliber requiring 3 or more hits.

Most of the vehicles the enemy will try to assault us with are mostly light and medium armor, meaning our Maschinengewehre will be able to rip though their jeeps and trucks. However, when encountering more armored targets, such as the Sherman tank, the Flak 88 can typically destroy such targets in one hit, while the PanzerTurm will knock them out with 2-3.

During the assault on our beaches, you will notice that the American boats, despite being made from inferior materials and personal, are able to withstand 1 shot from our Flak 88s. Requiring a second shot for the killing blow. Despite this, we have discovered a weakness in their design! I you are able to concentrate on the vehicles being transported by such boats, you can cause a chain reaction and destroy the boat in just one shot!

Now that we have a grasp of ground defense, let’s focus on the enemy air-power. Despite our valiant efforts over Britain and Africa, our Luftwaffe been prioritized to fight back against the Bolsheviks. Meaning the enemy will have air superiority over the defense works for the duration of the invasion. However, the enemy aircraft will be no match for our Flak 88s! Air superiority will mean nothing if our Flak Batteries can knock them out in one hit! Nearby Aufklärung will notify us of any significant aerial assault, which I will highly recommend prioritizing. Don’t fret, your Kameraden will be able to focus on the beach assailants as the Wehrmacht has trained them to do so during this time.

Now I understand most of you have only been a part of Infantrie/Grenadier units and may struggle using the Flak 88s initially. Fear not!, Just follow these simple guidelines when aiming at aircraft and we shall once again prove the superiority of our Soldaten! When aiming using the scope at the aircrafts’ initial approach, it is best to line up the tip of the triangle to the tip of the aircraft. As it approaches closer, start to aim more towards the center of the aircraft. If the initial shots fail to make their mark and the planes are above the beach, aim more towards the center of the triangle.

While the slow moving will be easy pickings for our Flak 88s, the enemy will attempt to also strafe our defenses with fighter planes! Fortunately, our engineers have provided timed explosive rounds. Meaning that your shots shall be calibrated and air-burst near enemy aircraft. For these more nimble fighters, simply aim in the general area of the fighter and you shall vanquish them swiftly!

Last, and certainly not least, we shall discuss our more preventative measures against the invasion; landmines and explosive barrels! Once we have our emplacements fully operational, we shall next prioritize construction of minefields to assist in the defense. When enough supply has been provided, we can send our Pioneers to one of three zones on our part of the defense line. I would recommend anti-tank mines over anti-personal since our Maschinengewehre will make short work of the infantry. Now, if our situation becomes dire, we can resort to placing our fuel barrels in our zones as improvised explosives. However I recommend against this, unless we cannot afford to place mines in all of our zones.

Another key point to make, the enemy will attempt to airdrop supplies onto the beach in an attempt to supply their woefully unprepared soldiers. These are High Priority! So much so that Hauptquartier will provide experimental calibers such as armor piercing, incendiary, or chemical rounds. They may also provide emergency repairs on the emplacement that destroyed the supplies. Or provide an artillery barrage our beach sectors to give our troops a moment of respite.

Soldaten! We are the first line of defense for Germany, we shall never waver at the might of the enemy no matter the cost! Initial drills have proven to be successful, being able to defend against 50 waves! The world shall once again fear the might of the Whermacht!
That’s all we are sharing today in Beach Invasion 1944 Wehrmacht Defense Handbook Guide, if you have anything to add, please feel free to leave a comment below, you can also read the original article here, all the credits goes to the original author JackDark77